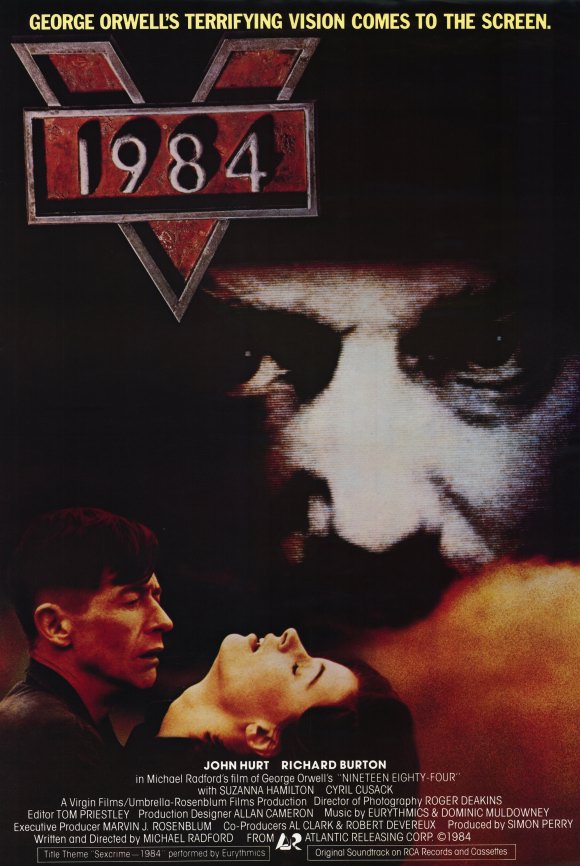 A very fine adaptation of George Orwell's prescient novel, this version differs from the overly simplistic and cautionary 1954 film because of fine casting and production design. The illegal love affair of a government official becomes his attempt to defy the crushing inhumanity and lack of simple pleasures of an omniscient government. Filmed in London, it skillfully visualizes our time's most central prophetic nightmare. https://www.imdb.com/title/tt0087803/ - IMDB - tt0087803/

Nothing Found, Try only using one word in your search.
Example: "Movie Name year" use only "Movie" without quotes :)