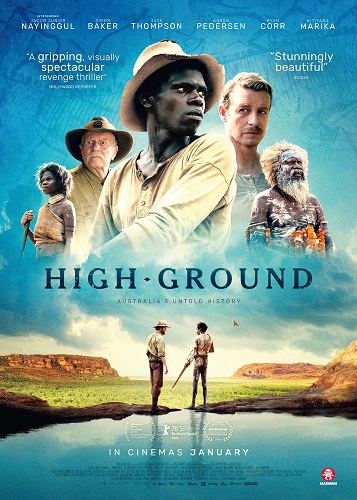 High Ground(2020) 1h 44min|Action, Adventure, Thriller|28 January 2021 (Australia) 1919. WW1 sniper Travis, now a policeman in the vast and remote landscape of Northern Australia, loses control of an operation resulting in the massacre of an Indigenous tribe. With his superior officers intent on burying the truthTravis leaves disgusted before being forced back twelve years later in the hunt for outlaw Baywara, an Aboriginal warrior attacking new-settlers. Recruiting Gutjuk as his Tracker, Travis realizes this young mission-raised Indigenous man is the only known massacre-survivor. When the truths of Travis past actions are suddenly revealed, it is he who becomes the hunted https://www.imdb.com/title/tt9286908/ - IMDB - tt9286908/ https://www.rottentomatoes.com/m/high_ground_2020

Nothing Found, Try only using one word in your search.
Example: "Movie Name year" use only "Movie" without quotes :)